Colombia may not be interested in joining China’s Belt and Road Initiative but President Iván Duque showed during his recent state visit that he still wants better economic ties between the countries as he sought to open markets for products other than oil.

Until Duque’s trip, a Colombian leader had not visited China since 2012 when presidents Juan Manuel Santos and Hu Jintao met.

China values contact between heads of state as a central pillar of international diplomacy and building trust, so the absence of visits in recent years helps explain the countries’ limited economic relations.

“Chinese institutions and businessmen with whom we spoke stressed that the Colombian government had not visited China for seven years and they were very positive and happy about the visit,” says David Pérez, a Beijing-based Colombian trade and investment consultant.

China is the main trading partner for several Latin American countries, but Colombia has lagged behind in fostering economic ties. It has found it difficult to identify products other than oil and minerals that the Chinese market wants, meaning exports haven’t diversified.78%
the share of oil in Colombia’s total exports to China.

Oil accounts for 77.8% of Colombia’s exports to China, almost doubling between 2017 and 2018 from US$2.2 billion to US$4 billion, according to figures from the National Administrative Department of Statistics. Metals and ferronickel account for 18.6% , with the remaining 5.5% of exports made up of coffee, sugar and raw glycerol.

seven years ago President Santos also came back with a dozen memos, but there was a lack of serious follow-up

Santos’ visit in 2012 promised a focus on agriculture and value-added industrial products that can help leverage the development of the Colombian countryside. During that Beijing visit, Santos announced the first steps for a free trade agreement with China, which never materialised.

“The agreements signed during President Duque’s visit hold promise for improving bilateral relations,” says political scientist Benjamin Creutzfeldt of the Woodrow Wilson Centre. “However, it is important to remember that seven years ago President Santos also came back with a dozen memos, but there was a lack of serious follow-up on the agreed issues,” he adds.

Duque covered much of the same ground as Santos but did return with some good news.

The approval of phytosanitary requirements for the Hass avocado, which have been in the pipeline for some time, was the most concrete advance. Consumption of the fruit has increased 30-fold in China over the past five years, making it a lucrative export for Chile, Mexico and Peru. The boom, however, also raised concerns about water usage.

Avocado cultivation in Colombia has grown rapidly in recent years. It’s considered an ideal product for rural regions trying to rebuild their economies after decades of violence, but development has been slow.

The biggest disappointment for Colombian exporters was the postponement of export permits for beef, pork and chicken, which have been going through the approval process for nearly a decade. This has prevented Colombia from following other countries in the region that have profited from high Chinese demand for animal protein.

Duque also announced agreements to double or triple coffee exports to help meet strong growth in consumption in China. Colombia is the world’s largest producer of premium coffee but it has so far missed the opportunity to sell to China, insisting for years on selling lower quality coffees, such as instant.

The Colombian government also wants to multiply by thirteen the volume of banana exports, which is enjoying a bonanza. Between 2017 and 2018, the country quadrupled sales to China from 398 to 1,600 tonnes.

The flower market, in which Colombia is also a world leader, is also generating enthusiasm among exporters.

“The greatest impact of the visit at the commercial level is that the product was highlighted in the President’s speech. It is very important to position the product in such a way that, when the Chinese talk about Colombia, they talk about flowers,” says Pérez, who is also general manager of Prime Flowers, a company that exports Colombian flowers to China.

Plentiful oil, not much solar

Ironically, while Colombia insists on focusing its trade with China on fossil fuels, it has not been able to take advantage of the country’s rapid development of renewable energy industries.2,000,000
of Colombia’s 48 million population lack permanent access to electricity.

During his visit, President Duque announced that China had donated 3,000 solar panels to improve energy access for 1,500 homes in regions with poor energy infrastructure.

The announcement was an obvious appeal to boost the trade in solar panels but Colombia has so far been very hesitant to promote alternative energy sources. This is partly because it derives 70% of its electricity from hydropower and has a comparatively ‘clean’ energy matrix.

Two million people lack access to electricity in Colombia, some 4% of the population and the state could help alleviate energy poverty with Chinese technology.

The chapter of the 2016 peace agreement with guerrilla group FARC that focused on rural development highlighted the need to electrify conflict-affected regions. Duque has been critical of the agreement and campaigned against it in his 2018 presidential bid.

“The donation shows China’s interest in the Colombian market as the world’s largest producer of solar panels. It is not a huge donation, but neither is it a minor one,” says Alejandro Lucio, executive director of Óptima Consultores, a renewable energy consultant and former director of Colombia’s Renewable Energy Association.

Specifically, Duque announced a US$400 million China Development Bank investment in the Mar 2 road project, which will connect second city Medellín with the Gulf of Urabá on the Caribbean coast, near the border with Panama.

He also announced that Chinese companies intend to bid for projects such the long-delayed Bogotá subway andrestoring the navigability of the Magdalena River, Colombia’s longest.

With no indication that Colombia wanted to sign up to the BRI, Li Nianping, China’s ambassador to Colombia, urged the government to join. However, foreign minister Carlos Holmes Trujillo has remained evasive and vague on the issue. Duque’s visit failed to provide any clarity.

Other announcements caused more bewilderment. During the launch of the Colombia-China Economic and Commercial Forum, Duque said: “I have come to talk to you about specific and concrete issues, what we can achieve in the next few years, what we can achieve in a year, in two, in ten and in the next four decades. My invitation to you is that in the coming year, we can establish the first direct flight between China and Colombia.”

This would beat the record for the world’s longest commercial flight, which is currently 17.5 hours between Doha and Auckland, two cities which are 14,529 kilometres apart. The distance between Bogotá and Shanghai is 15,706 kilometres.

Chinese tourism to Colombia has increased rapidly, with 16,879 visitors registered in 2017, according to statistics from national immigration agency Migration Colombia. Profitable markets such as bird photography have opened up.

During Duque’s visit Chinese technology company Baidu, pledged to promote Colombia as a tourist destination on its platform. 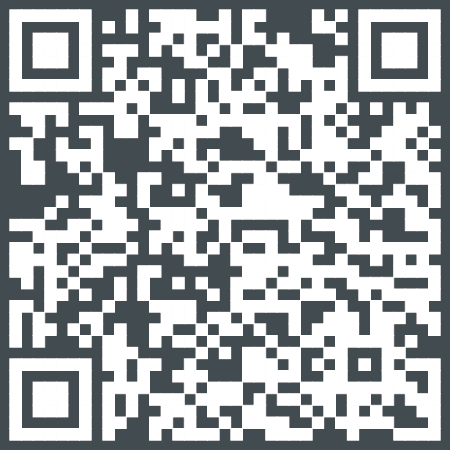